Aggressive rate hikes and posturing by the Federal Reserve in an effort to bring down inflation, and the return of a bear market for U.S.

equities have contributed to the most pessimistic sentiment among investors all year, according to our most recent survey of our daily newsletter readers. The survey, fielded from September 20-27, captured our readers’ concerns and investing intentions amid a steep decline in both equity and bond prices that brought the S&P 500 to its lowest levels all year, The losses may not be over, according to nearly half the respondents. Forty-seven percent expect an additional downturn of at least 5%, the largest proportion of respondents predicting declines all year, and a 15-percentage-point increase since our last survey in late August. Only 10% of readers expect the markets to rise 5% or more. Nearly Half of Readers Expecting S&P Losses of 5% or More. 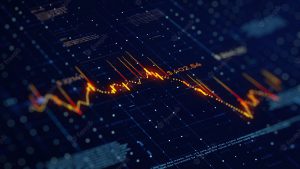 It’s not surprising that nearly one-third of respondents say they are “extremely worried” about recent market events. That is 9 percentage points higher than our survey results in August, and the highest proportion of readers expressing that concern since May of 2021, the first time we asked the question.

Investors’ concerns are many-fold, but their top three have been fairly consistent for the past several months: Inflation, the possibility of a recession, and rising interest rates. Of the three, rising interest rates experienced the biggest jump among their concerns, rising 12 percentage points since August. The prospect of a recession climbed 6 percentage points since our last survey, and half of all respondents believe a recession is now  Seek Safety Amid Concerns
This wall of worry is prompting nearly half of our respondents to choose safer investments—a trend that has been underway all year. More than a third of respondents say they are investing less in the market overall, a slight increase from August. Among those investing less, 76% say they still believe the market has further to fall. Forty-four percent say they are investing less because they fear a recession is coming. 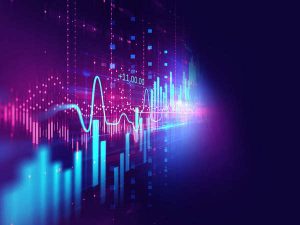 Patient, but Opportunistic
Despite their concerns, most respondents, or 63%, say they are “waiting it out,” and willing to show some patience and discipline amid the market’s selloff. Yet 47% feel like the market slump is a buying opportunity and are “buying the dip.” Only 15% claimed to be selling stocks at a loss lately.

Cash Is King
Cash savings topped respondents’ lists of what they would do with an extra $10,000 right now, with 20% of our readers choosing to hold extra cash. This is the first time since August of 2021 that cash savings topped the list ahead of buying individual stocks, index funds, or ETFs. Putting that money into CDs also climbed in interest among our readers, and 15% of respondents said they are actively putting money into those products now. 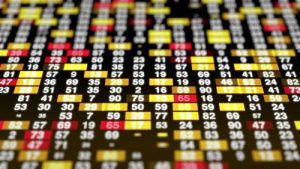 Fine With the Fed
Even though rising interest rates topped our readers list of concerns, 44% of respondents said they approve of the way the Federal Reserve is handling monetary policy. Thirty-three percent disapprove, and 23% are undecided. With several more interest rate hikes anticipated in the coming months, our readers will have more opportunities to answer that question again in the near future.

Methodology
This survey was fielded online to Investopedia readers 18+ living in the U.S. from September 20-27, 2022. Readers must currently hold & manage investments to qualify. Participation in the survey is entirely voluntary; sample composition reflects U.S. 18+ reader base.

Compete Risk Free with $100,000 in Virtual Cash
Put your trading skills to the test with our FREE Stock Simulator. Compete with thousands of Investopedia traders and trade your way to the top! Submit trades in a virtual environment before you start risking your own money. Practice trading strategies so that when you’re ready to enter the real market, you’ve had the practice you need. Try our Stock Simulator today.