The market is expected to open in the red as trends in SGX Nifty indicate a negative opening for the broader equity indices in India with a loss of 34 points.

Following a choppy session on August 18, the markets reversed losses during the last hour of the trade and closed higher for the eighth straight session. The BSE Sensex settled 38 points higher at 60,298, while the Nifty50 advanced 12 points to end the session at 17,956.5 and formed a bullish candlestick pattern on the daily charts.

Asian shares were left in limbo on Friday while the US dollar made all the running as recession clouds gathered over Europe and highlighted the relative outperformance of the US economy.

Added concerns about the health of China’s economy saw MSCI’s broadest index of Asia-Pacific shares outside Japan ease 0.3%, to be down 1.1% on the week. Chinese blue chips were flat, while South Korea lost 0.5%. Japan’s Nikkei fared better with a 0.3% gain due in part to a renewed slide in the yen.

Trends in SGX Nifty indicate a negative opening for the broader index in India with a loss of 34 points. The Nifty futures were trading around 17,970 levels on the Singaporean exchange.

Oil prices edged higher in early trade on Friday, extending a rally into the third day, as investors weighed hopes for strong fuel demand after a larger-than-expected drawdown in U.S. crude stocks, brushing off worries about a global economic slowdown.

RBI Bulletin | Inflation will fall to 5% in Q1 FY24, but not yet positioned for landing

India’s headline retail inflation, as measured by the Consumer Price Index, will ease to 5 percent by April-June of the next fiscal year, the Reserve Bank of India said in the monthly bulletin released on August 18.

With the trajectory of outcomes largely in line with projections, we expect momentum to ease from 3.0 percent in Q1 (April-June) to 1.7 percent in Q2 and further to 1.3 percent in Q3 and turn mildly negative in Q4 before picking up modestly and on seasonal food price effects to 2.2 percent in Q1 FY24.

If these expectations hold, inflation will fall from 7 percent to 5 percent by April-June next year, within the tolerance band, hovering closer to the target, but not yet positioned for landing.

Gold prices slipped to a three-week low on Friday and were heading for their first weekly decline in five, as a stronger dollar and prospects of more rate hikes by the US Federal Reserve dented bullion’s appeal. Spot gold was down 0.2% at $1,755.89 per ounce, as of 0107 GMT, after falling to its lowest since July 29 at $1,753.68 in early Asian trading. For the week so far, the metal is down 2.5%.

The National Association of Realtors said Thursday that existing home sales fell 5.9% last month from June to a seasonally adjusted annual rate of 4.81 million. That’s lower than what economists were expecting, according to FactSet. Sales fell 20.2% from July last year. Sales have now fallen to the slowest pace since May 2020, near the start of the pandemic. 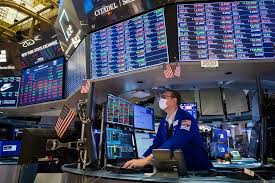 Japan’s core consumer inflation accelerated in July to its fastest in seven-and-a-half years, driven by fuel and raw material prices and adding to the costs of living for households yet to see significant wage gains.

While inflation exceeded its 2% target for four straight months, the Bank of Japan (BOJ) is likely to remain an outlier in keeping monetary conditions ultra-loose with price rises still modest compared with other major economies.